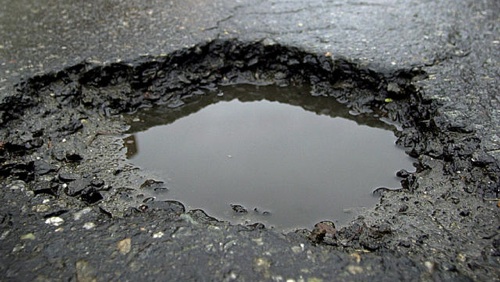 Manitoba has some pretty shabby-looking roads. We know this. CAA Manitoba is hoping you nominate those same roads in their annual Worst Roads campaign.

For the seventh year, the automobile club is turning to the public to solicit votes on which roads are some of the province’s worst. The data collected is then used to lobby the province and municipal governments to take action in addressing some of the worst offenders, whether it be deteriorated highway shoulders, potholes, or roadways that are generally unsafe.

“A number of the worst roads from past years have been repaired, which tells us our efforts to keep road conditions top of mind for government are working,” said CAA Manitoba president Mike Mager.

“But as our communities grow, our commuting choices can and will change. Prioritizing connectivity for commuters is key, and implementing safe, eco-friendly infrastructure like transit and cycling lanes will ultimately help reduce wear and tear on our infrastructure and taxpayers’ pocketbooks.”

Representatives from Bike Winnipeg and the Manitoba Association of Senior Centres joined CAA during a media event on Thursday in south Winnipeg, echoing calls for additional resources to fix crumbling infrastructure.

Voting is open now until midnight on April 18, where Manitobans can nominate a road for fixing.

At the end of the campaign, the results will be tallied and passed along to governments for their consideration when setting infrastructure priorities.

To nominate your choice for the ‘worst road,’ visit caaworstroads.com/clubs/manitoba/vote or download the CAA app. Voters can identify themselves as pedestrians, cyclists, or drivers and pinpoint a particular stretch of the street for safety reasons, congestion and infrastructure issues.