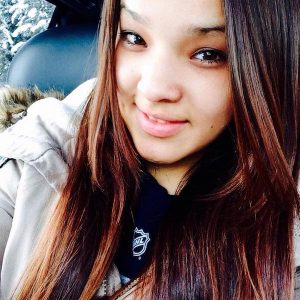 Mounties have arrested and charged a man in connection with the death of a 22-year-old Manitoba woman two and half years ago.

Crystal Andrews was heading home from an after-party with friends on November 8, 2015, but never made it. Her body was found the next day in a wood area in God’s Lake Narrows, Manitoba.

Police say Andrews died from a serious assault, but didn’t have a suspect on their radar until further witness accounts and DNA evidence.

Michael William Okemow, 37, was charged with second-degree murder on Wednesday.

“Charging the man who killed Crystal won’t bring her back,” said Chief Superintendent Mark Fisher, officer in charge of criminal operations for the RCMP in Manitoba.

“But it is one way we can honour her memory. She has not been forgotten. She will never be forgotten. I hope her family and her community can rest a bit easier now that the man responsible has been held to account.”