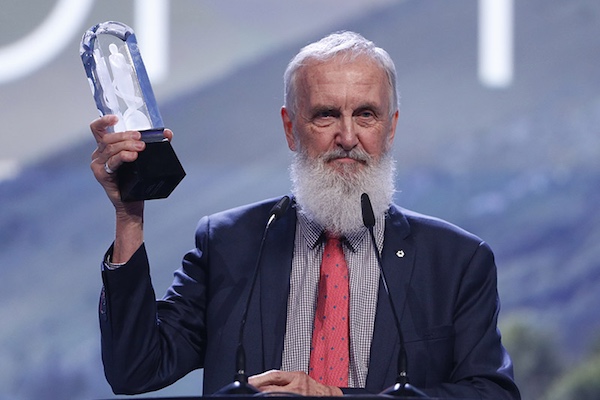 Fred Penner receives a Juno Award for children’s album of the year during a gala in Vancouver on Saturday, March 24, 2018. (JUNOAWARDS.CA)

Children’s entertainer Fred Penner took home the award for children’s album of the year for his latest recording, Hear the Music. The award is Penner’s fourth Juno, including a win for his last release in 2015.

The Juno Awards broadcast airs tonight at 7 p.m. on CBC