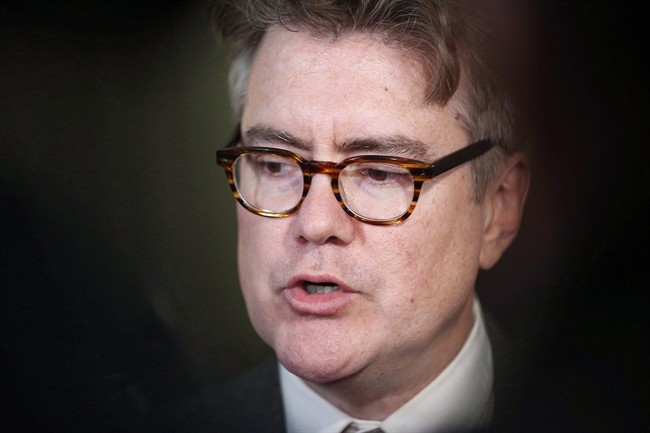 Manitoba Liberal Leader Dougald Lamont speaks to media outside the legislature after the provincial throne speech was read at the Manitoba Legislature in Winnipeg, Tuesday, November 21, 2017. Lamont is running for a legislature seat in an upcoming byelection in St. Boniface. (THE CANADIAN PRESS/John Woods)

Lamont was elected leader of the Liberal party last October, but has never held elected office.

“This is an important byelection because it offers voters an opportunity for much-needed new leadership and vision for St. Boniface as well as the Manitoba Legislature,” Lamont said in a statement.

The St. Boniface seat was recently given up by former NDP premier Greg Selinger.

Should the Liberals win the riding, it would give them four seats in the legislature and enough of a representation to receive official party status and extra funding.

The party will hold a candidate nomination meeting on April 26.

Premier Brian Pallister has yet to call a byelection in St. Boniface, but according to Elections Manitoba, it must be held by August 28.