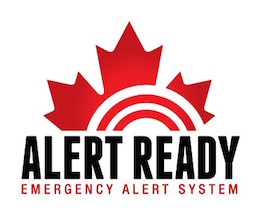 Manitoba is preparing to turn on the mobile Alert Ready national public alerting system on Friday, capable of delivering critical emergency information to all LTE-enabled devices.

“Individuals in Manitoba with compatible wireless devices, such as cell phones and smartphones, will be able to receive emergency alerts if they are in the geographic broadcast area,” said Infrastructure Minister Ron Schuler.

Canada’s existing Alert Ready system warns the public of emergency or disaster events via radio, cable and satellite TV broadcasters and web feeds. Mobile alerts will begin with a distinct sound and vibration, followed by an emergency alert banner display on the wireless device and a message outlining the nature of the alert.

A public awareness test message will be delivered in Manitoba on May 9 at 1:55 p.m. during National Emergency Preparedness Week.

Schuler said those people who may be driving when an alert is broadcast should pull over at their earliest opportunity to view the message, as to not handle a device while behind the wheel.