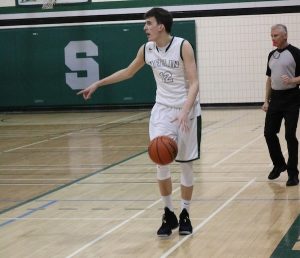 The University of Winnipeg Wesmen went west to find their latest recruit in 6’7″ forward Riley Paul.

The Neelin High School graduate out of Brandon will make up the first piece of Wesmen basketball coach Mike Raimbault‘s 2018-19 recruiting class.

“The combination of size and skill is important, for sure, and I think the ability to play a couple positions potentially is also an asset,” Raimbault said.

“He did everything well for his high school team. He’s got the ability to put the ball in the hole.”

Paul is a three-sport athlete, having secured all-star status the past two seasons and was named 3A championship MVP as the Spartans rolled to an 86-64 win over Swan Valley in the title game.