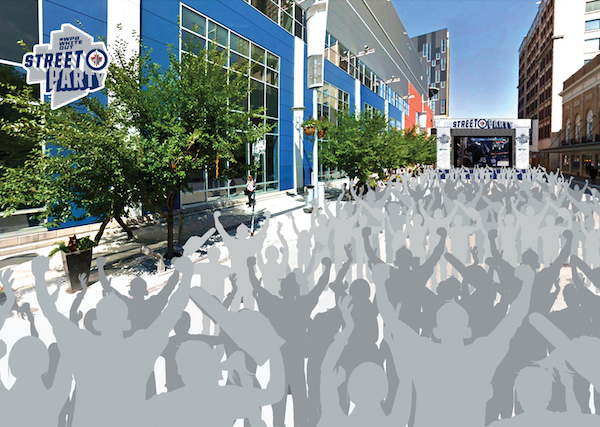 A mockup of the Winnipeg Whiteout Street Party on Donald Street. (HANDOUT)

As Winnipeg prepares to celebrate the Jets making the post-season for the second time since returning in 2011, the city is rolling out the… white carpet.

“Playoff fever has been building up in this city and we anticipate that fans will want a place to come together to share their energy and excitement,” said Kevin Donnelly, True North’s senior vice-president, venues and entertainment.

“We’ve seen the success of similar events in cities like Calgary and Nashville and it’s our turn to put Winnipeg in the spotlight, showcase our amazing city, and give the best hockey fans in the NHL the party that they deserve.”

The street party will be held on Donald Street between Portage Avenue and Graham Avenue on the east side of Bell MTS Place across from The Met. Festivities will run before and during every home game.  For away games — and keeping with tradition — the viewing party will move inside the arena.

This free family-friendly event will feature two large viewing screens to watch the hockey action live, as well as food and beverages available for purchase on-site.

More details on the party will be made in advance of Game 1 of the Jets playoff series on April 11. 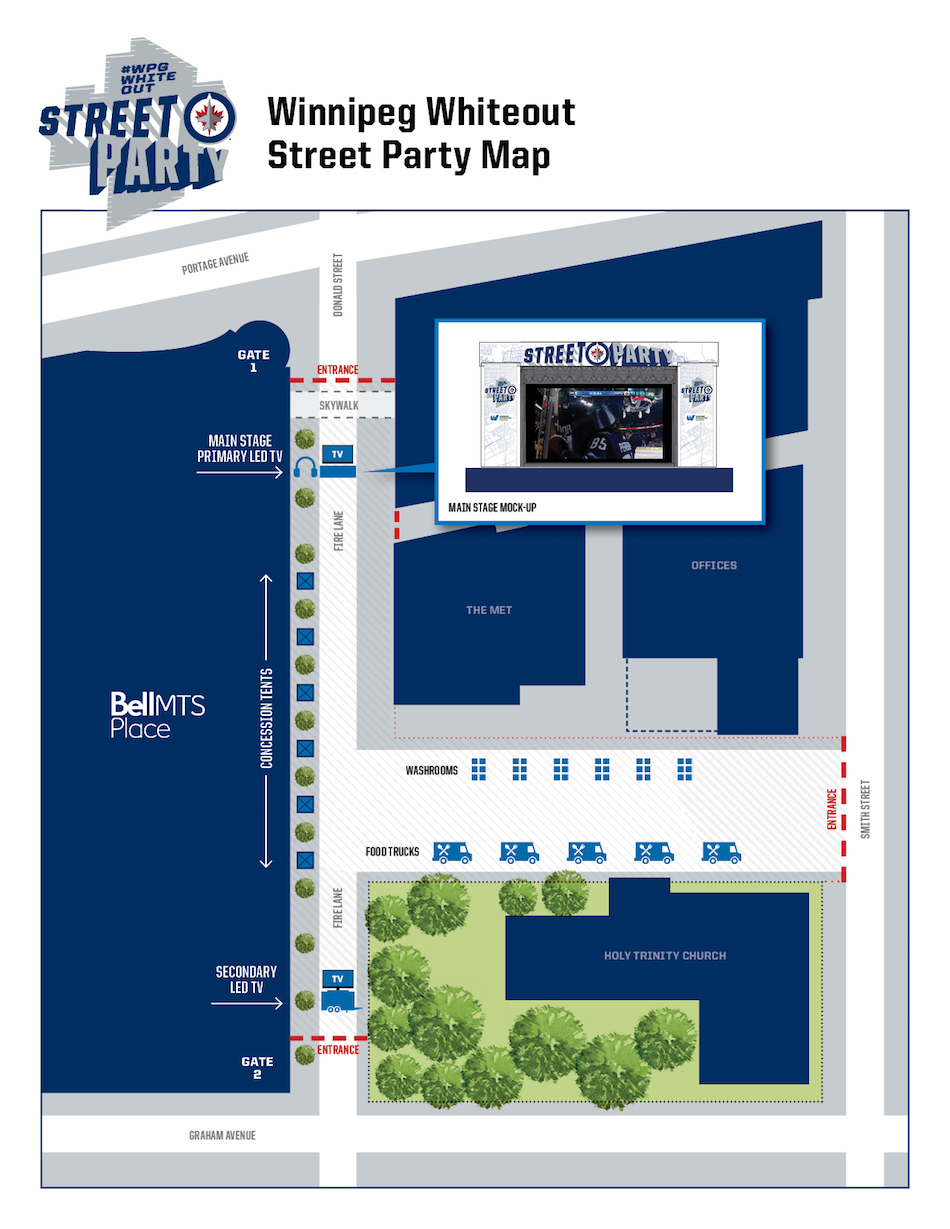