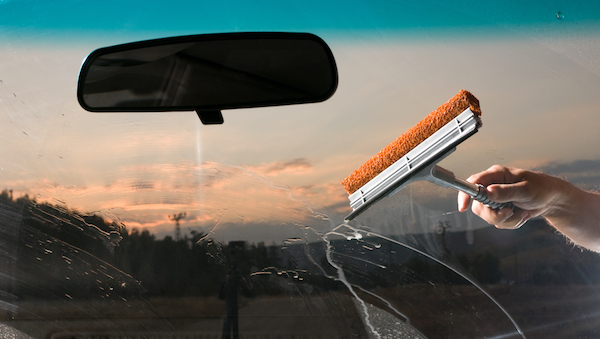 An aggressive panhandler is facing charges after Winnipeg police say he shattered a woman’s windshield after cleaning it.

Officers were called to the area of Fermor Avenue and Lagimodiere Boulevard shortly before 3 a.m. on Saturday, where they say a man approached a vehicle and squeegeed the driver’s side window.

The driver made several indications she didn’t want her windshield cleaned, but the man continued. Once done, he demanded payment. When the driver refused, police say the man struck the windshield several times with the squeegee and shattered it.

Ryan Ronald Colomb, 27, of The Pas, has been charged with mischief under $5,000 and identity fraud. He remains in custody.