Motorists and bus riders should keep Donald Street in mind Wednesday as the Winnipeg Whiteout Street Party celebrates the Jets‘ second playoff run since returning to the city.

From noon tomorrow until 1 a.m. on Thursday, April 12, southbound Donald Street between Portage Avenue and Graham Avenue will be closed.

Winnipeg Transit buses will be rerouted off of Graham Avenue from Carlton Street to Smith Street on Wednesday, April 11 beginning at 6 p.m. and will return to their regular routes at 11 p.m. to accommodate an expected increase in pedestrian traffic.

Festivities are free and giant screens will broadcast the game to fans outside Bell MTS Place. Events begin on street level at 4:30 p.m.

Winnipeg police are also bringing in additional officers to ensure safety and expect a larger crowd for Friday’s game than Wednesday night. The Jets face the Minnesota Wild in the first round of the NHL playoffs. 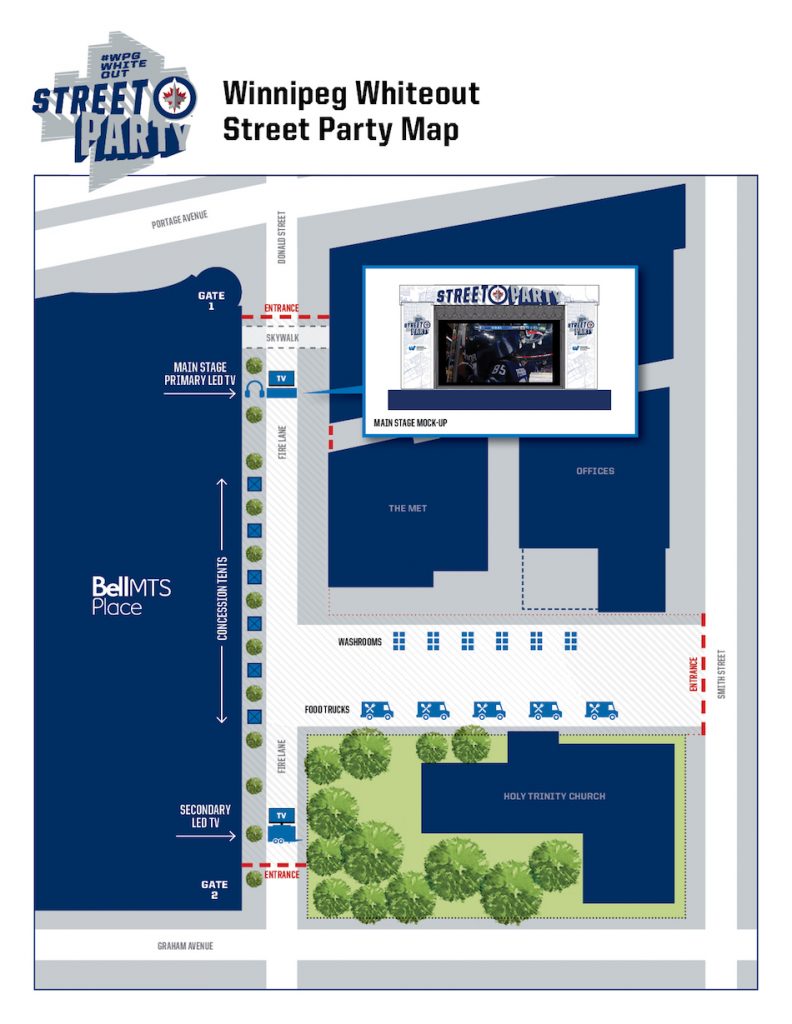