Jets Return to Winnipeg After Whiteout in Minnesota Reroutes Team 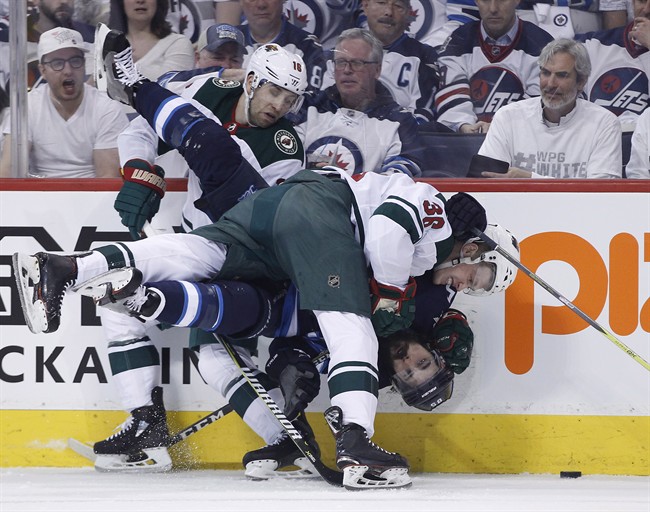 The Winnipeg Jets were dealing with a different kind of whiteout on Saturday as the team returned to the city after a snowstorm prevented them from reaching the Twin Cities.

The Jets departed Winnipeg earlier in the day for Minneapolis, but were diverted to Duluth, about 250 kilometres away. They were in a holding pattern waiting for the weather to clear before the decision was made to head back north.

More than 200 flights at Minneapolis — St. Paul International Airport were cancelled Saturday as a result of the blizzard-like conditions.

About 25 centimetres of snow was expected to fall in the area over the weekend.

The team said on Twitter the plan is to depart for the U.S. on Sunday morning.

The Jets and Minnesota Wild are scheduled to play Game 3 of their first-round NHL playoff series on Sunday night at Xcel Energy Center. The Wild returned home after Friday night’s loss but the Jets spent the night in Winnipeg.

The Jets lead the best-of-seven series 2-0. Game 4 is scheduled for Tuesday at Minnesota.