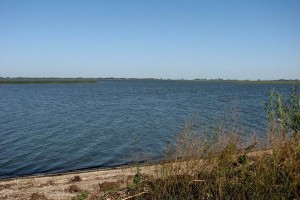 Construction on a $540 million outlet channel project on Lake Manitoba is about to begin.

The Manitoba government says the channel, meant to prevent future flooding, will protect the lives and livelihoods of residents of the Interlake and Lake Manitoba basin.

Premier Brian Pallister held a community meeting St. Laurent on Monday — a community ravaged by flood waters in 2011. He said shovels will be in the ground this year, beginning with an access road leading to the construction site.

Pallister also called on the federal government to designate the outlet as an emergency construction project.

The project will be completed through an open tendering process. The public will get their chance to have their say on construction during both provincial and federal environmental reviews.