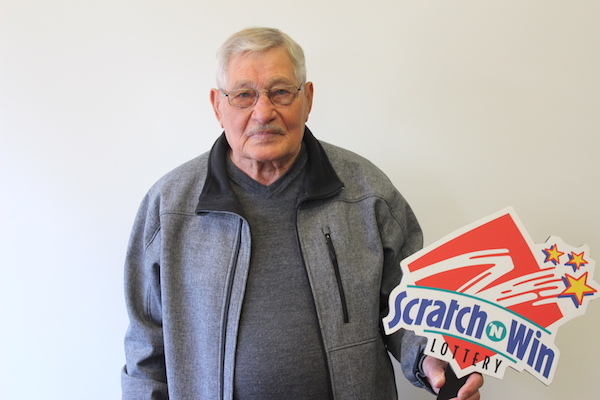 A Gimli man has scratched his way to $1 million on a lottery ticket his son bought for him.

“Flabbergasted!” he said of the win. “I was completely flabbergasted. We always hoped we would win, but it’s so hard to believe.”

Hykawy said he plans to share the windfall with his family.

The winning ticket was purchased at Chudd’s Corner Esso, located on the corner of Highway 8 and Highway 231, just outside of Gimli.