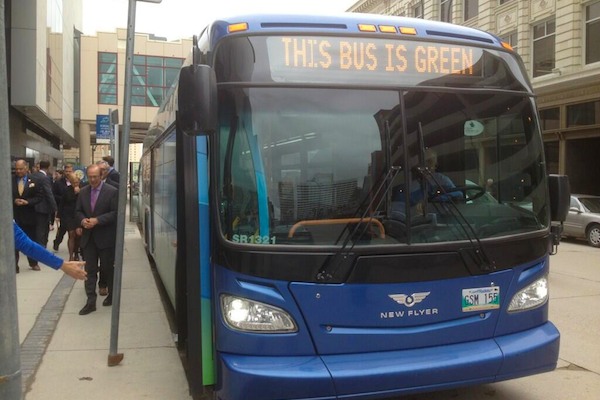 The union representing Winnipeg Transit employees has a plan to finance additional electric buses in the city’s fleet.

The proposed financing partnership would rely on a pay as you save (PAYS) model, with the province providing the city with an interest-free loan to cover the difference in capital costs of electric buses.

“We believe that the PAYS model offers a chance for the government to create jobs in Manitoba, while working to reduce our emissions at no long-term cost to
government,” said Aleem Chaudhary, president of ATU 1505.

Winnipeg Transit would then pay back the loan with new revenue from operating efficiencies generated from using electric buses.

“The biggest hurdle for electric buses is the upfront cost. After that, an electric bus costs $62,000 less than a diesel bus to operate on an annual basis. These savings could be used to pay back the province over the term of the loan, and after can be used to improve transit services.”

For example, a $7 million loan would finance 20 electric buses, with the loan being paid back in about six years based on cost savings. The ATU says that would equate an 18 percent return on investment.

Chaudhary says he’s optimistic the province will take a serious look at their model to finance the future of transit.