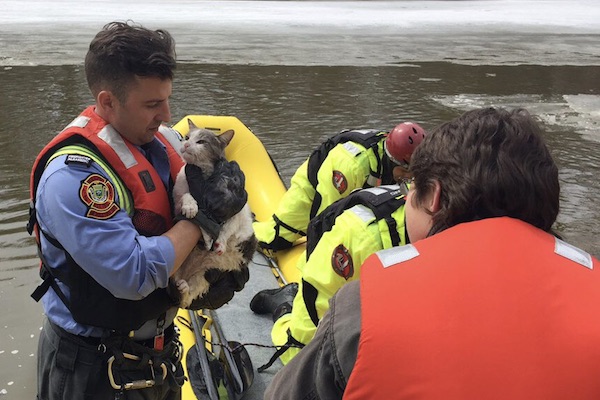 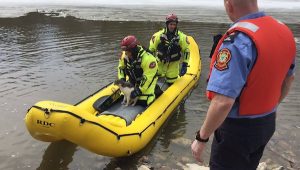 The cat was taken to the Winnipeg Humane Society for treatment before being reunited with its owner. (UFFW 867 / TWITTER)

Winnipeg fire crews sprang into action on Friday to rescue a cat that had become stranded on an ice floe in the Assiniboine River.

The United Firefighters Union of Winnipeg tweeted that the stranded cat was successfully saved and taken to the Winnipeg Humane Society for care.

The rescue happened along Wellington Crescent, prompting the Winnipeg Fire and Paramedic Service’s Water Rescue Program to use a specialized kayak to reach the animal.

Thanks to an ear tattoo and microchip, the pet will be reunited with its family.