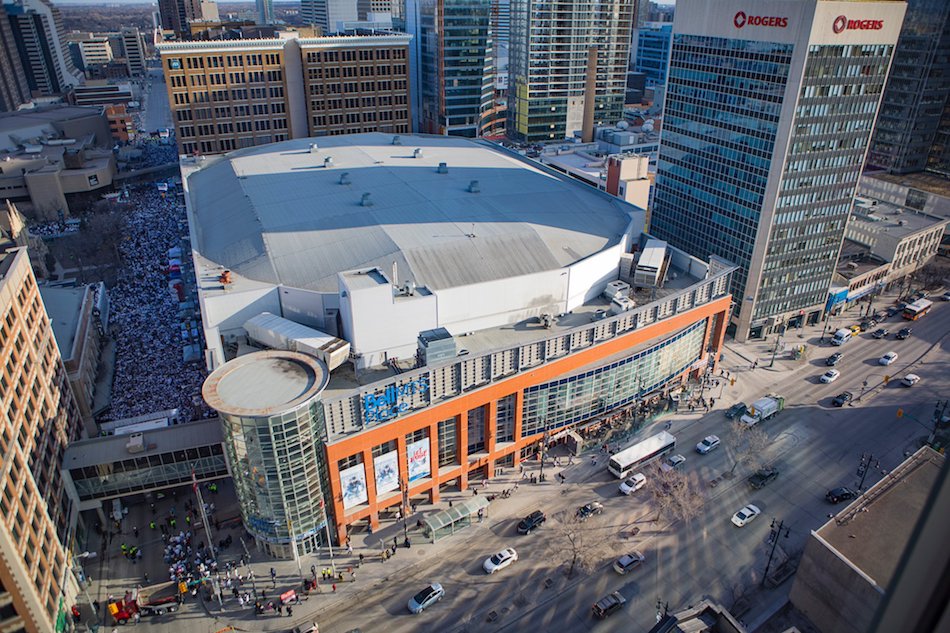 About 15,000 people gather on the streets outside Bell MTS Place for the Winnipeg Whiteout Street Party as the Winnipeg Jets downed the Minnesota Wild 5-0 on Friday, April 20, 2018. (WINNIPEG JETS)

Winnipeg police say there weren’t any major incidents to report Friday night with about 36,000 fans flocking to downtown for the Jets game.

The Jets clinched the first round playoff series with a 5-0 win over the Minnesota Wild.

Police say 12 people were arrested for public intoxication. About 15,000 fans gathered along Donald Street and Graham Avenue as part of the Winnipeg Whiteout Street Party.

Following the game, some fans moved to the intersection of Portage and Main to celebrate the victory. Police closed the intersection to traffic for about 45 minutes. No arrests were made and no property was damaged.