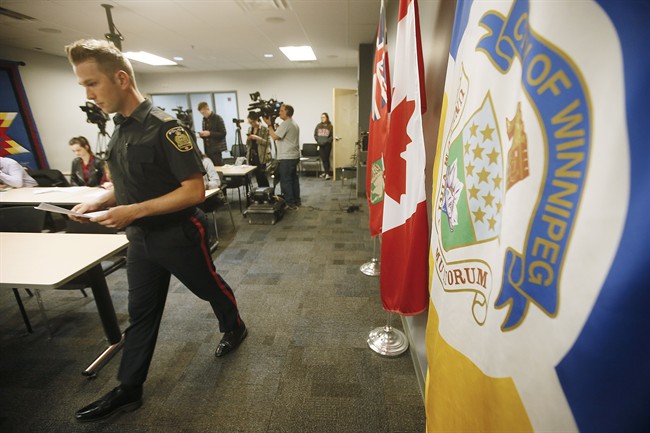 Winnipeg Police Service (WPS) Constable Jay Murray addresses media regarding reports of a emergency message being played over a loud speaker in the Osborne area in Winnipeg, Monday, April 23, 2018. (THE CANADIAN PRESS/John Woods)

People in Osborne Village area were told to seek immediate shelter Sunday night when audio of an imminent nuclear attack was broadcast over a loud speaker.

Police responded to the area at around 9:20 p.m. and the audio ended.

The message started with the Alert Ready warning tone, followed by a warning of six nuclear missiles having been launched against Canada and the United States.

Police say the audio was taken from an online prank video and wasn’t part of any official alert system.

Listen to the audio below: