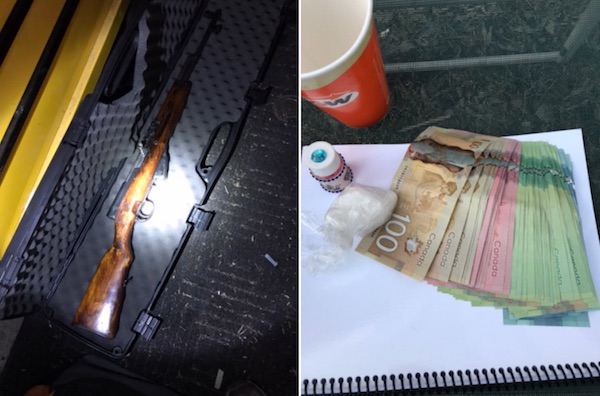 Brandon police seized weapons and drugs from a home in the city’s east end on Tuesday. (BPS / TWITTER)

Officers first arrested a man spotted leaving a residence in the 100 block of Frederick Street at around 4:45 p.m. Shortly after, they pulled over and arrested a woman also seen leaving the home.

The 48-year-old man was arrested on weapons and drug charges, along with breaching a court order not to have contact with the woman.

The 31-year-old woman faces similar charges, as well possession for a small amount of methamphetamine.

Both were scheduled to appear in Brandon court on Wednesday.