Winnipeg Jets Whiteout Street Party Expanding for Round 2 of Playoffs

As the Winnipeg Jets advance to the second round of the Stanley Cup playoffs, the Winnipeg Whiteout Street Parties are expanding to handle the demand.

Tens of thousands of fans are expected to gather on May 1 and 3 when the Jets host the Nashville Predators for Games 3 and 4 at Bell MTS Place.

The party will expand from Donald Street eastward on Graham Avenue, up to Garry Street as well as Smith Street between Graham Avenue and Portage Avenue.

“In round one we saw the city come out in an unprecedented wave of support for their city,” said Dayna Spiring, president and CEO of Economic Development Winnipeg.

“The Winnipeg Whiteout Street Party has put our city on the map. People from across North America were amazed by the energy of our hockey fans, as well as our fierce Winnipeg pride.”

The expansion will include a massive new screen measuring 36 feet wide and 22 feet tall. Other amenities and vendors will also increase to accommodate the larger venue capacity.

Spiring says earned media attention from the street parties is estimated at over $950,000.

All three street parties during the opening round of the Stanley Cup playoffs came at a combined cost of $394,000. True North paid $226,000 of that bill, including a $30,000 contribution to the City of Winnipeg to assist with policing and transit costs. Economic Development Winnipeg paid $28,000, while the remaining $140,000 costs to the city are being managed within existing council-approved budgets. 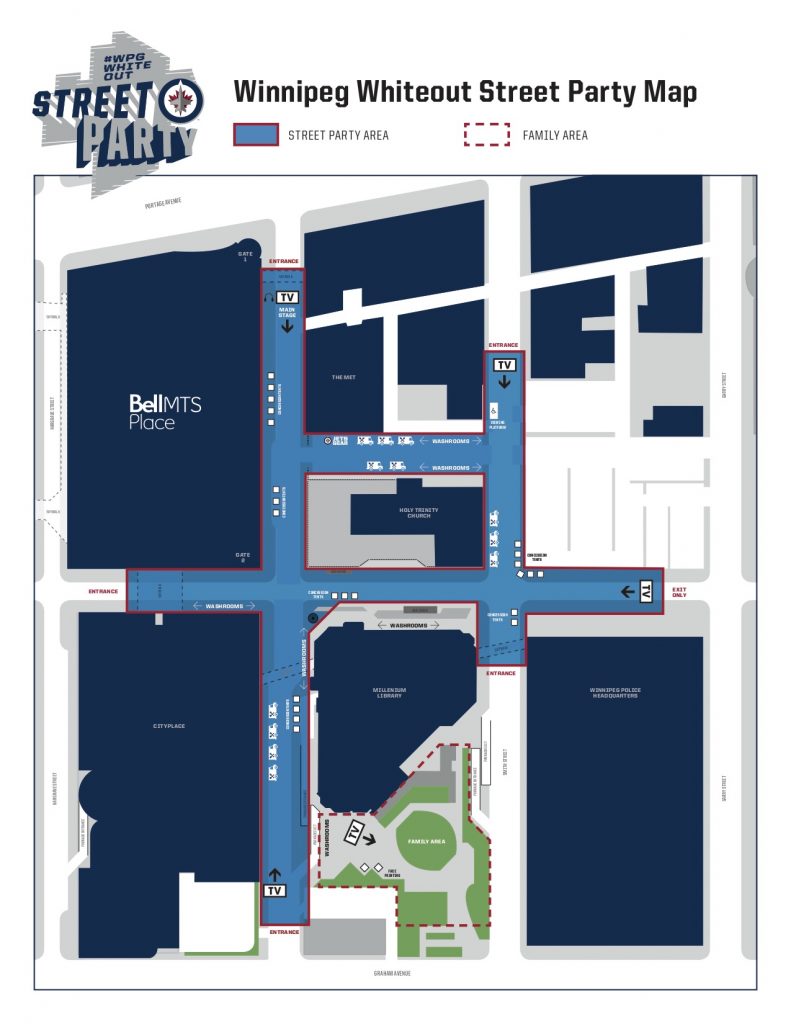