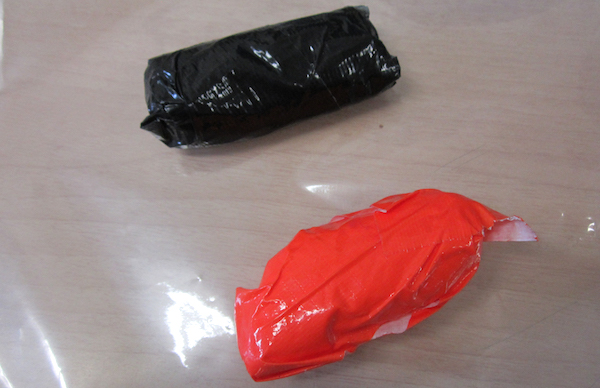 Two packages of cocaine seized from a woman arriving from Winnipeg into the community of Poplar River, Manitoba on April 26, 2018. (RCMP HANDOUT)

A woman has been charged after admitting to RCMP officers she was transporting drugs into Poplar River, Manitoba.

Kayla Berens, 29, was arrested at the Poplar River Airport on April 26 after arriving on a flight from Winnipeg. RCMP had been investigating drugs coming into the community and Berens was a person of interest.