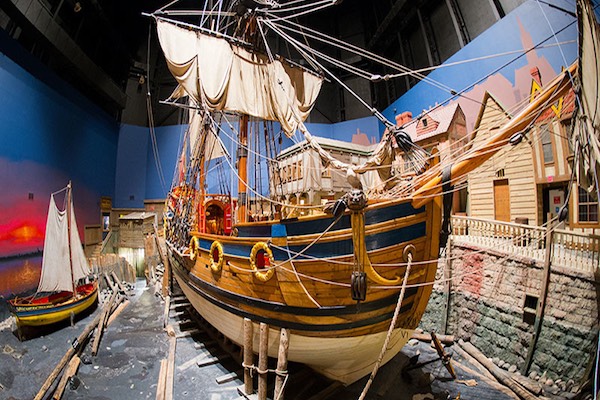 The Manitoba Museum’s Nonsuch gallery will be the first to be renewed as part of a capital campaign. (TOURISM WINNIPEG)

WINNIPEG — The Manitoba Museum will renew 42 percent of its galleries with new funding announced Thursday towards its capital renewal project.

The Bringing Our Stories Forward campaign is receiving a $400,000 donation from The Asper Foundation, with another $1.4 million committed by the province. Manitoba will also support private donations up to a maximum of $3.6 million. Gail Asper, president and trustee of The Asper Foundation, is also contributing $100,000.

“The level of support we have received from private-sector donors like The Asper Foundation underscores what we have known for decades — that the pride for our museum is palpable and that it’s the Manitoba Museum’s time for renewal,” said Jeoff Chipman, chair, Bringing Our Stories Forward Capital and Endowment Campaign.

“The government of Manitoba’s matching funds makes it all the more appealing for private-sector donors to invest in this renewal project so future generations continue to come away inspired.”

The campaign will help fund renewals to the Grasslands, Nonsuch, Orientation, and Urban galleries, as well as the creation of a new Winnipeg Gallery. The Nonsuch gallery is the first to be upgraded, which is scheduled to reopen to the public in June after closing in January for renovations.

Very proud to announce a maximum contribution of $5 million to the @ManitobaMuseum capital renewal project where we will provide 1 provincial dollar for every 2 private dollars raised, from an initial investment of $1.4 million! #mbpoli pic.twitter.com/UctplPMXhC