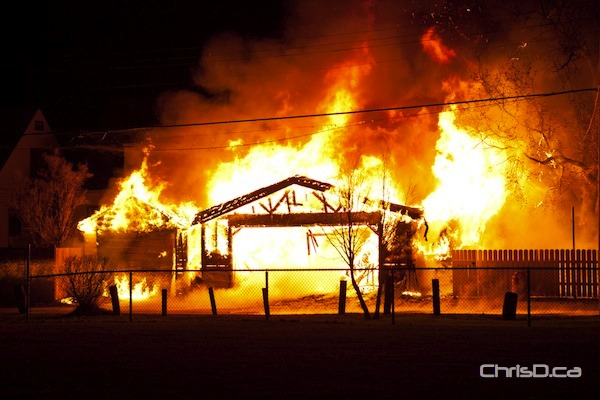 A young man has been arrested after he allegedly set fire to numerous garages, fences and even a house over a nine-day period.

Winnipeg police say the serial arsonist, 19, set 16 fires, mostly to garages, between May 1 and May 9 in the downtown, West End and North End neighbourhoods. He also set fire to one house on Manford Close. No one was hurt.

Police caught up to the man on May 9 at about 11:15 a.m. after the Manford Close fire, where he was riding a bike near James Carleton Drive and Leila Avenue.

He was taken into custody without incident, said police. Police said they found a number of items on the man, including incendiary materials.

River Jacob Parrenas Tavares of Winnipeg is charged with 16 counts of arson and possession of incendiary material.