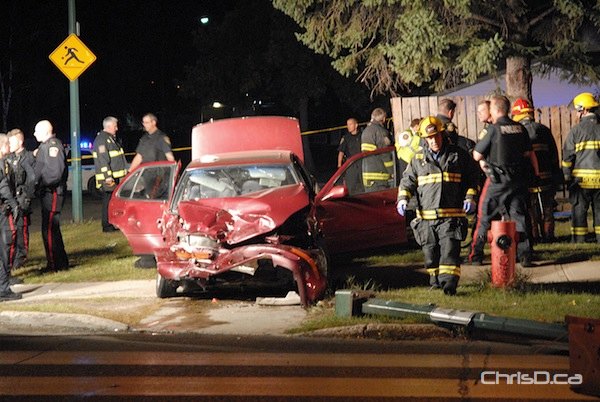 MPI says from January through April of 2018, 23 people have died on Manitoba roads – twice as many during the same time last year and 44 per cent higher than average over the past five years.

For the first four months of 2018, there have been 23 people killed on Manitoba’s public roadways. This is double from the same time frame in 2017 and 44 per cent higher than average over the last five years, according to Manitoba Public Insurance.

“Road safety is the responsibility of all Manitobans,” said Ward Keith, vice-president of Business Development & Communications for MPI. “Behind these numbers are real lives lost and families left to deal with the senseless and often unnecessary loss of a loved one.

“As a community we need to start thinking differently about road safety. We need to change the conversation and create a culture where even one motor vehicle fatality is considered one too many,” added Keith.

MPI says that 14 of the drivers and passengers killed were not wearing seatbelts. Other concerning trends include increased impaired and distracted driving, as well as speeding.

“Canada Road Safety Week should serve as an important reminder to all road users that we must all do our part to keep ourselves and others safe on the road,” said Keith.

“This collective focus on road safety has never been more important as we try to reverse the trending in fatalities experienced in the first four months of 2018, and as we head into summer when weekend and vacation traffic tends to be heavier on our highways.”