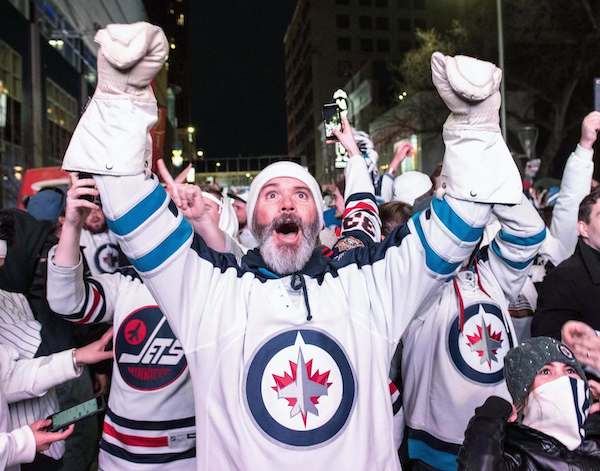 Almost as quickly as they were snatched up, ads for the free Whiteout Street Party tickets went up for sale online.

After the free tickets went up for grabs on Ticketmaster, ads appeared on sites like Kijiji. One ad was selling the tickets for $100 each and required bitcoin to pay.

That ad and several others were taken down by 5 p.m. Friday.

Police reminded people not to fall for scalpers or scammers.”

The Winnipeg Police Service is aware that free tickets on sale for tomorrow’s #WPGWhiteout Street Party are being advertised for sale,” they said in a statement.

“Some ads are asking for large sums of money per ticket. This is considered what is commonly known as “ticket scalping.”

Police said Friday afternoon they had received no formal complaints from the public.

“The Winnipeg Police Service reminds the public to take every precaution before paying for these free tickets.”

About 22,000 tickets went online through Ticketmaster on Friday for the street party Saturday for Game 1 of the NHL Western Conference Final. The Winnipeg Jets take on the Las Vegas Golden Knights. Game time is 6 p.m. The street party will open at 4 p.m.