1 in 5 Winnipeggers Have Attended a Jets Whiteout Party: Survey 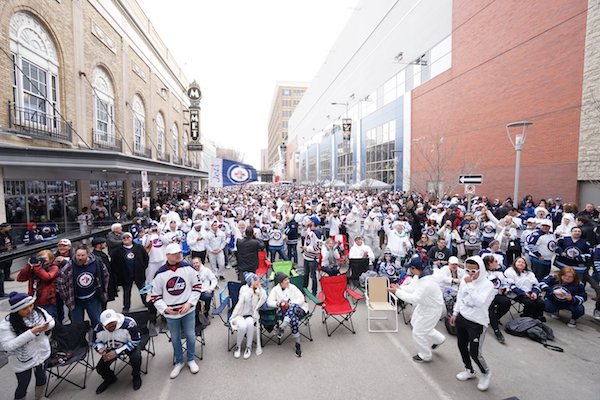 As interest in the Winnipeg Jets‘ playoff run grows across the country, a new survey has found one in five people living in the city have attended a Winnipeg Whiteout Street Party.

Prairie Research Associates surveyed 1,722 Manitobans and found the parties to be a bigger draw for younger hockey fans, with 34 percent of those being under 35. PRA also found that men and women virtually attended the parties equally.

Round 2 television viewership of the games against the Nashville Predators was at 42 percent among those surveyed, while expected viewership will rise to 47 percent for all games of Round 3 versus the Vegas Golden Knights.

PRA conducted the survey from May 8 to 11 using its Manitoba Panel.

The next Whiteout Street Party is planned for Sunday when the Jets host the Golden Knights at 2 p.m. at Bell MTS Place.