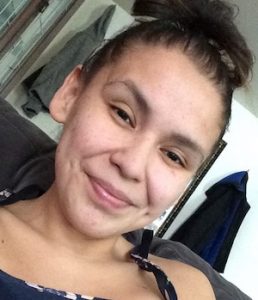 April Carpenter, 23, was reported missing after last being seen April 26. Police recovered her body from the Red River on Wednesday. (WPS / HANDOUT)

Winnipeg police say they have recovered the body of a woman from the Red River.

Officers responded to the river bank in the 600 block of Kildonan Drive on Wednesday afternoon.

The cause of death is unconfirmed and an autopsy is pending.

In a Facebook post, MLA NDP Nahanni Fontaine says the body is that of April Carpenter. The 23-year-old was last seen April 26 in the West End and later reported missing.