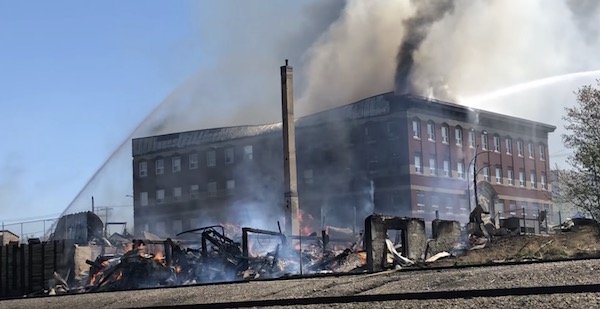 Multiple buildings were destroyed Saturday afternoon after a fire spread through downtown Brandon.

The fire originally ignited at Christie’s Office Plus on Princess Avenue, later causing a neighbouring building to flare up due to embers that flew nearly two blocks. Affected structures also included Massey Manor and Collyer’s Sales and Service/Brandon Boxing Club/Kazic Kontracting. Flames later spread to a building at 5th Street and Rosser Avenue housing a beer vendor and vacant nightclub.

Occupants of all the buildings were safely evacuated and no injuries were reported.

Firefighters from Shilo, Wawanesa and Souris were also called in to help battle the flames.

Residents were asked to stay clear of Pacific and Rosser Avenues as firefighters continued to work. Demolition crews were later brought on site to tear down the burnt-out structures. As of Saturday evening, emergency crews remained on scene to extinguish flare-ups at the Collyer’s Sales and Service/Brandon Boxing Club/Kazic Kontracting building.

The Canadian Red Cross says anyone displaced by the fires can register for support at the Victoria Inn Hotel & Convention Centre.

A cause of the fire hasn’t been determined. 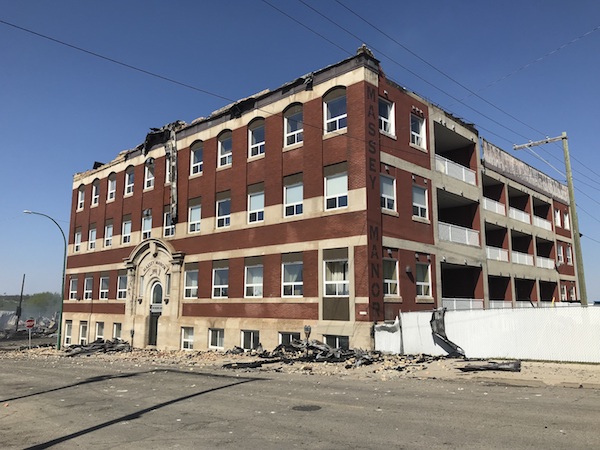 The damage to Massey Manor following a fire on Saturday. (CITY OF BRANDON) 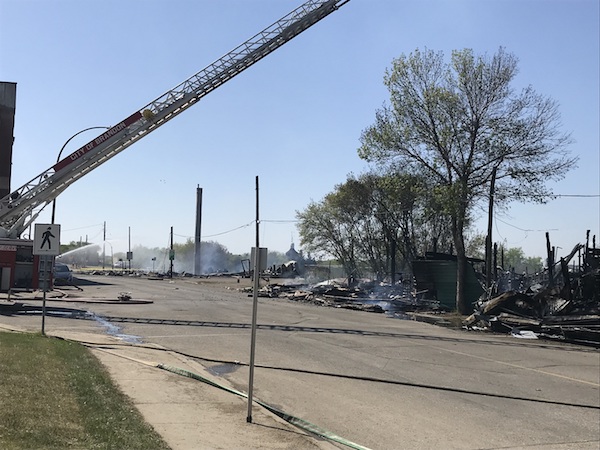 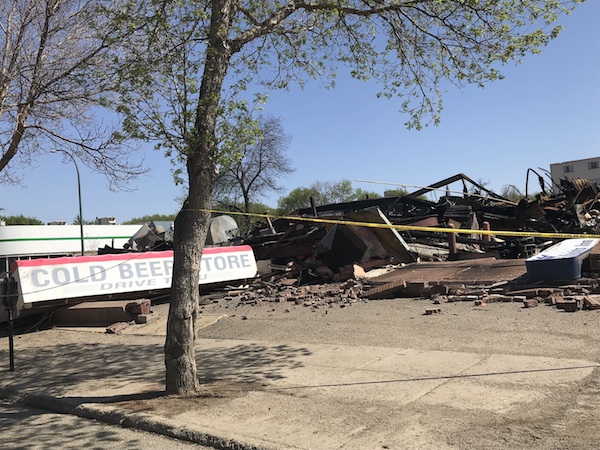 The site of a former beer vendor in downtown Brandon. (CITY OF BRANDON)