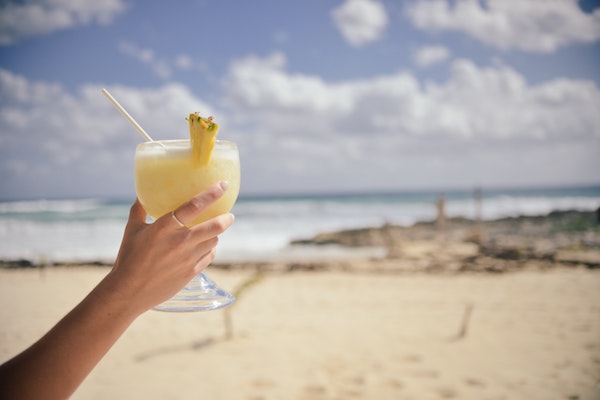 NEEPAWA, Man. — Many times, I look to the south and feel glad to live in Canada. This time of year, we have another reason to be glad we live and work in Canada — vacation.

As a Canadian worker, the concept of paid vacation time is something we take for granted. Not so to the south, the United States has the distinction of being the only industrialized country without a legislated requirement for paid time off, for either vacations or public holidays. This, and a recent taste of summer weather, got me thinking about vacations.

While there are variations between provinces, as a generalization, after a year of employment, Canadian workers are entitled to two weeks of paid time off. That’s in addition to statutory holidays. In Manitoba, after five consecutive years of service, an employee is eligible for three weeks of holidays.

Many Canadians don’t take advantage of this time. In January, ADP, a payroll and HR company, released the results of a survey, which looked at the relationship working Canadians have with their holidays. The survey found that only one in three workers take all of their allowed vacation time and just over a quarter (28 percent) took less than half of their allowed time.

For many workers, preparing to take time off is no easy feat; the survey found that 71 percent of Canadians put in extra time before and/or after a one week vacation. The 2017 average was 11.4 extra hours, which was down from 21 hours, reported the previous year.

Contrary to popular opinion, our work-obsessed culture is relatively recent. In the Middle Ages, peasants experienced very poor living and working conditions, but they did enjoy a lot of free time. Historical data shows that they only spent about 120 to 180 days a year working, the rest of their time was spent at church festivals, watching travelling troops of entertainers or taking part in activities, such as wrestling or dancing. Historians have found that this type of work schedule dominated much of human history, as work revolved primarily around seasonal activities, such as seeding and harvest.

For the broader economy, the economic payoff of a vacation is a little counter-intuitive. Studies have shown that overworking employees reduces productivity and that employees’ performance improves after time off, as they return with energy and focus.

While we might think that less time working amounts to a lower economic output, that doesn’t seem to be the case. Germany has a strong vacation-focused culture, with four weeks of annual vacation time, in addition to nine state holidays. There, vacation time can neither be paid out nor carried forward. It’s a case of “use it or lose it” and that’s probably why whenever you travel somewhere, you encounter German tourists. Despite all this time off, Germany is considered an economic powerhouse.

Hours worked seems to be a poor indicator of economic outcomes. According to Organization for Economic Co-operation and Development (OECD) data, in 2015, the three countries with the highest average annual hours worked per worker were Mexico (2,266 hours), South Korea (2,069 hours) and Greece (2,035 hours). Only one of those would really be considered a strong economy. Going further down the list, the United States ranks 13th with 1,783 hours, Canada ranks 20th with 1,703 hours and Germany comes in 35th, with 1,363 hours. Almost all of the western European countries fall at the bottom of the list. It would appear that working harder doesn’t guarantee economic success.

As the summer starts to settle across the prairies, whether it’s a day or a week, try and take some time to see what this great region, and country, has to offer. We’d all benefit from more productivity per hour worked, not just more hours worked. We need to work smarter, not harder.