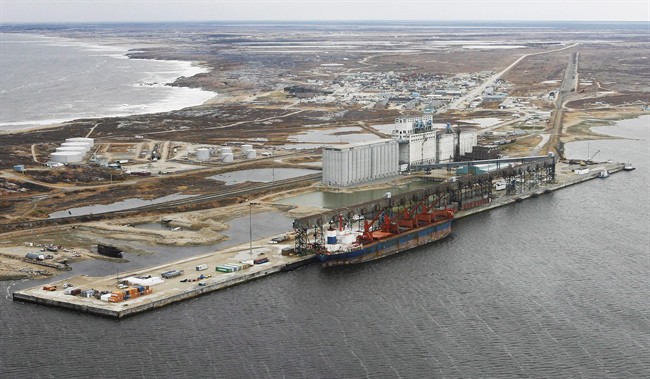 WINNIPEG – A company that announced a surprise bid earlier this month to revive a troubled rail line in northern Manitoba has pulled out.

iChurchill accuses the federal government of not taking its bid seriously and of focusing on a competing bid that includes many of the communities in the region.

Severe flooding a year ago washed out the rail line to Churchill, Man., which is the only land link to the subarctic community of 900 on the shore of Hudson Bay.

Since then, prices for food and other items have risen and the tourism industry of Churchill, a community known for polar bears, has been hit hard.

The railway’s owner, Denver-based Omnitrax, has said it cannot afford to repair the rail line and wants, with government help, to transfer ownership to local communities.

Omnitrax has been in negotiations with One North, a consortium of northern Manitoba communities.

The federal government filed a lawsuit last year against Omnitrax, that says the company is obligated to maintain the rail line.

Ottawa has also announced millions of dollars in economic diversification and research money to help the Churchill region’s economy.

“We finally met last week with the government of Canada’s negotiator on the file, Mr. Wayne Wouters, and he made it clear that the government is willing to deal only with one specific company,” iChurchill CEO Louis Dufresne said in a written statement Tuesday.

“We can’t understand why this is, given that our partnership meets all of the government’s stated criteria to support the restoration of rail service to Churchill.”