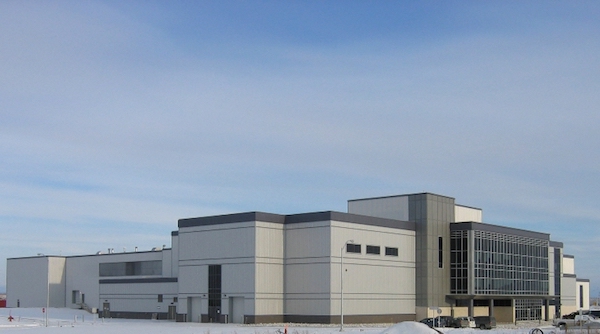 A city worker died at the water treatment plant in the RM of Springfield on Tuesday. (CANADIAN CONSULTING ENGINEER)

A 58-year-old man employed at the City of Winnipeg’s water treatment plant was killed in a workplace accident on Tuesday.

The Winnipeg man was working on equipment on top of a large chemical storage tank when he fell to the ground, according to RCMP. He was pronounced deceased at the scene.

“We are deeply saddened by the news of the death of one of our members,” said CUPE Local 500 president Gord Delbridge in a statement.

“On behalf of CUPE, our thoughts and deepest condolences go out to the family, friends and co-workers. We reach out in sympathy to each of them and share in their grief over this tragedy.”

Manitoba Workplace Safety and Health and the RCMP are investigating.

The water treatment plant opened in December 2009 at the Deacon reservoir in the RM of Springfield.

CUPE says since 1978, 15 members have died as a result of a workplace accident or illness. The union represents about 4,600 City of Winnipeg employees.