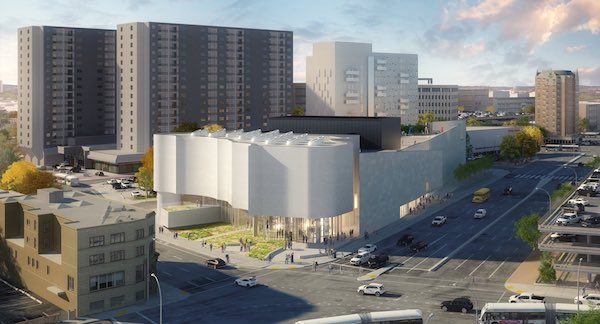 WINNIPEG — The Winnipeg Art Gallery dug shovels into the ground Friday as it signalled the start of construction on the Inuit Art Centre.

The centre will be home to the largest collection of contemporary Inuit art in the world.

“This is a great day for our city, province and country, but most importantly for the Inuit as we begin construction on the first Inuit Art Centre of its kind for the largest collection of contemporary Inuit art in the world,” said Dr. Stephen Borys, director and CEO of the Winnipeg Art Gallery.

“With a story found within every piece of art, there are thousands of stories to share here and countless new ones to discover and create.”

The Manitoba government previously committed $10 million over five years towards the project in 2017, but announced up to an additional $5 million in provincial support. Premier Brian Pallister said one provincial dollar will be made available for every two private dollars raised by the WAG.

The $65 million, 40,000-square-foot, four-level building will also feature an interactive theatre and house studio art and learning programs for students including marginalized youth.