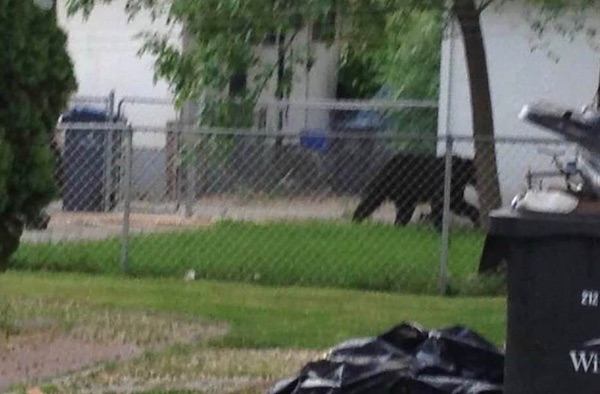 A black bear wanders through a Transcona neighbourhood on Tuesday, June 5, 2018 before being captured by conservation officials. (SHAYNA SOLODKY / FACEBOOK)

WINNIPEG — A bear was on the loose Tuesday in Transcona when it was spotted near Kildare Avenue and Plessis Road.

Conservation officers with Manitoba Sustainable Development and Winnipeg police responded to the area shortly after 5 a.m. to try and wrangle the wild animal.

Officers were seen entering the backyard of a residence as the bear climbed up a tree. They were eventually able to get it down and safely into a cage.

Residents were advised not to walk in the area as officials worked at the scene.

The bear will be transported to an undisclosed location for its release.