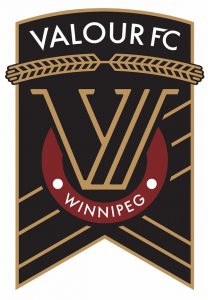 WINNIPEG — A new professional soccer team will take to the pitch next year under the Canadian Premier League.

The professional men’s team will be branded as Valour FC, a tribute to three brave Winnipeg soldiers who fought in World War I and later all lived on Pine Street, which was renamed Valour Road in their honour.

The CPL announced in Winnipeg on Wednesday the team will begin competition in the spring of 2019 at Investors Group Field.

Valour FC is an individually-owned team under the Winnipeg Football Club, and will compete in the eight-team CPL.

“We are thrilled to bring back professional soccer to this province,” said Wade Miller, president and CEO of the Winnipeg Football Club. 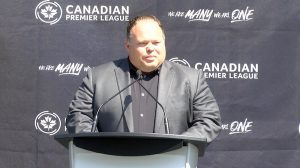 “We’ve seen over the last few years the appetite for soccer in Manitoba, this is the world’s game, and this is our opportunity to make it our own in Winnipeg.”

Investors Group Field has previously played host to major soccer events, such as the FIFA Women’s World Cup in 2015.

“Winnipeg boasts one of Canada’s top sports communities. It’s going to be amazing to see the community rally around the club and elevate soccer it the region for generations to come,” said David Clanachan, commissioner of the Canadian Premier League.

Clanachan expects about 6,000 to 10,000 fans at the games initially, but says progress to build a team following takes time.

Valour FC will be one of eight teams competing in the league next season, with the hopes of eventually have 12 clubs nationwide.

Single game tickets will start at $11 for youth and between $20 to $55 each for adults.

An announcement on the team’s GM and head coach will be made within the next month.