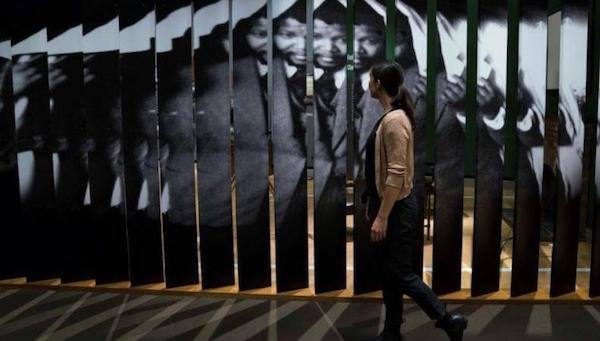 WINNIPEG — A new summer exhibit is open to visitors at the Canadian Museum for Human Rights dedicated to the life and history of Nelson Mandela.

Mandela: Struggle for Freedom is a look at the South African anti-apartheid revolutionary through modern technologies, mixed with some old facets.

“Nelson Mandela was passionate about education as the path forward to a better world,” said CMHR president and CEO John Young.

“Yet many young people have never heard of apartheid, while others are unfamiliar with the movement behind Mandela that spread to Canada and around the world. Our new travelling exhibition shares this important piece of global human rights history, so its lessons can reverberate with a new generation.”

Visitors can experience the eight-foot by seven-foot cell where Nelson Mandela spent 18 of his 27 years in prison, take a stand in front of a giant armoured vehicle, make a virtual protest poster on a digital light table, or enter a secret apartment for freedom fighters forced underground.

Mandela, who would have been 100 this July 18, was one of the most famous human rights defenders of the 20th century and the face of a movement against racial injustice that rocked the world.

The new exhibition will open with a free public event tonight at CMHR beginning at 7 p.m. Lead curator Isabelle Masson will explain the exhibition and how it came together. The evening ends with a performance by Winnipeg’s African-Canada dance company, NAfro Dance, which choreographed a special tribute to Mandela, and live artistic creation by Winnipeg artist Kal Barteski.

← Previous: New K-5 School Planned for Seven Oaks School Division Next: Fitness in the Park Leaves No Excuse Not to Get Active →
Tags: Canadian Museum for Human Rights | Winnipeg