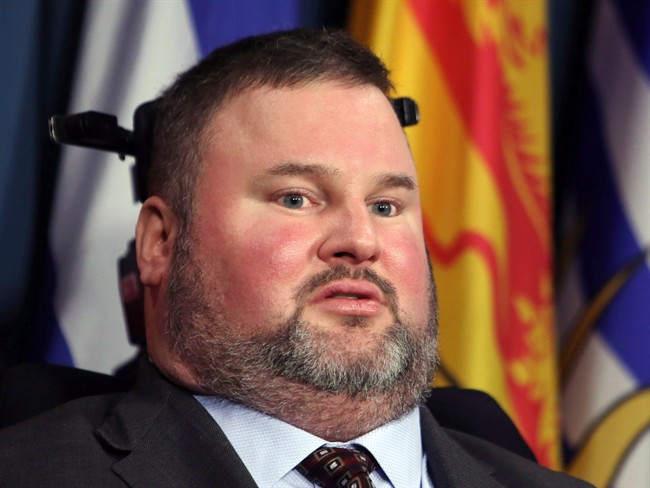 WINNIPEG – A Manitoba politician is apologizing for saying a highway crash that left one of her colleagues a quadriplegic was a gift.

Judy Klassen, a Liberal legislature member, made the remark to former MP Steven Fletcher, who sits as an Independent in the Manitoba legislature.

Fletcher nearly died when his vehicle hit a moose in 1996 and cannot move his limbs.

Fletcher was debating a bill on moose hunting this week when he said he wouldn’t mind seeing moose wiped out.

Klassen later asked him to withdraw the remark and said a moose gave him the gift of being a spokesman for people in his condition.

Klassen says she later emailed Fletcher to apologize and hopes to make a more public apology in the legislature next week.