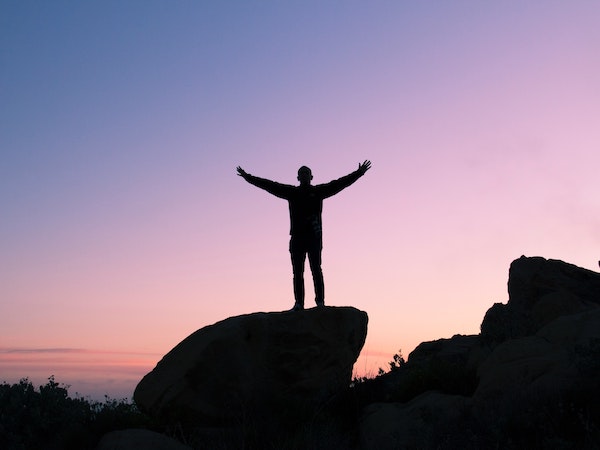 Regrets — it’s almost impossible to make it through life without a couple. But what do people regret most as they look back on their lives? A recent study by a Cornell Psychology professor, Tom Gilovich, and former Cornell grad student, Shai Davidai, shine a light on some of the things we regret the most and what we can do about it. It turns out that what we most regret is not living up to our ideal selves.

The research paper, called “The Ideal Road Not Taken,” builds upon two areas of study. The first is that people tend to regret the things they haven’t done more than the things they have. The second is that our sense of self is made up of three elements: the actual (the attributes a person believes they possess), ideal (the attributes they would ideally like to possess) and the ought (the person they feel they should be based on duties, obligations and responsibilities).

Throughout the course of six studies, Gilovich and Davidai found that most people, 72 percent, experienced regrets about their ideal self more than their ought self. Additionally, for three-quarters of the participants, their most significant regret was not fulfilling their ideal self.

This echoes more anecdotal evidence. In 2013, Bonnie Ware, a palliative care nurse, compiled a book of the regrets her patients shared with her. The book was based on a 2009 blog post, which garnered millions of views. According to her work, the most frequently cited regret was that people wished they had the courage to live a life true to themselves, not the life others expected of them. “Most people had not honoured even a half of their dreams and had to die knowing that it was due to choices they had made, or not made,” she wrote. The third most common regret was patients’ wish that they had the courage to express their feelings. “Many people suppressed their feelings in order to keep peace with others. As a result, they settled for a mediocre existence and never became who they were truly capable of becoming,” she wrote.

These regrets aren’t new, but why do they persist? Living in a wealthy and free society, we have the opportunity to follow our dreams, why don’t we? Gilovich and Davidai hypothesized that there are a couple of reasons we fail to follow our dreams. One is that people are more likely to take practical and psychological action to repair ought self-regrets over ideal self-regrets. For example, when faced with regrets over failing to visit a dying relative (ought self-regret) or failing to pursue a romantic interest (ideal self-regret), people are more likely to repair the ought regrets, such as making peace with the loss, and move forward.

The study’s authors also found that ought expectations are much more concrete and usually include rules or well-defined expectations. Ideal self-goals tend to be much less well defined, making it harder to measure success. What does it really mean to “be a better person”? There’s always more you can do and this uncertainty can create a sense of failure.

What does this research mean for those of us looking to live a life we can look back upon without regret? Gilovich says the biggest take away is to, “Just do it…don’t wait around for inspiration, just plunge in. Waiting around for inspiration is an excuse.” Many people fail to pursue their goals because they are embarrassed or concerned about others’ judgement and allow this fear to hold them back. If you want to learn to play a musical instrument, the short-term potential embarrassment of being a poor player will be much less significant in the long term than the regret of never getting up on stage.