Brandon Fires Estimated to Have Caused $25M in Damage 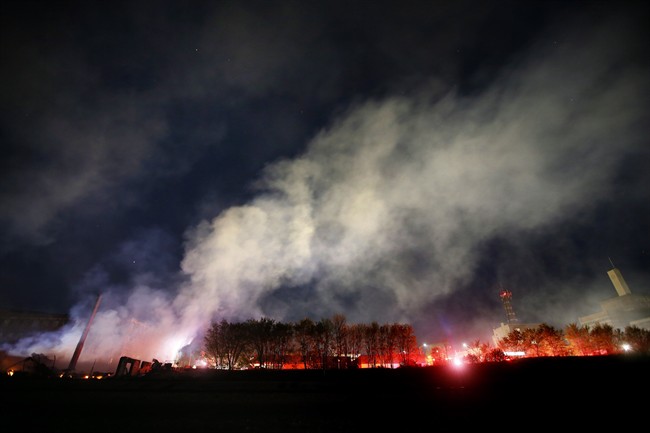 A damage estimate is in for the multiple fires that destroyed several buildings in downtown Brandon last month.

Brandon police say $25 million worth of damage was caused on May 19 when a structural fire began at Christie’s Office Plus on Pacific Avenue. The winds sent the flames and embers to spread to neighbouring buildings, including Collyer’s Sales and Service, Brandon Boxing Club and Kazic Kontracting. The Massey Manor apartment complex across the street, a beer store and adjoining vacant structure located at 5th Street and Rosser Avenue were also damaged.

Police say 8.3 gallons of water was used to douse the flames.

Police are continuing to investigate the exact cause, but say the fire appears to have been started by individuals who were seen in the area just before flames broke out. It’s not known if the fire was deliberately or accidentally set. Investigators have also determined that operation of the nearby CP Rail line in a grassy area did not ignite the blaze.

The public is being asked to stay clear of the affected areas for their own safety.