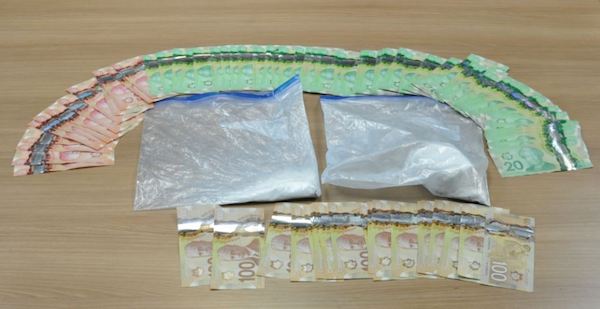 Drugs and cash seized during a traffic stop by RCMP in Dauphin on June 5, 2018. (RCMP HANDOUT)

Two people from out-of-province have been charged after RCMP seized 190 grams of cocaine earlier this month.

Mounties conducted a traffic stop on the afternoon of June 5 in Dauphin, where they also located a large sum of Canadian currency and various drug paraphernalia.

Allan Bradley Dengler, 30, of Peachland, B.C., and Amanda Saxinger, 22, of Cudworth, Saskatchewan, each face drug-related charges, including possession of proceeds of crime.

Both were released on a promise to appear in Dauphin court on August 14.