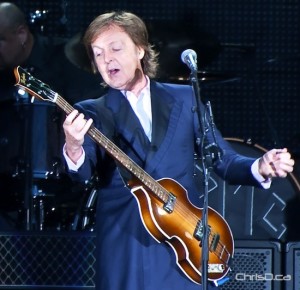 Paul McCartney will return to Winnipeg this fall as part of only four Canadian dates on his upcoming tour.

The legendary Beatle will play Bell MTS Place on September 28 for his Freshen Up tour.

McCartney was last in the city in 2013, where he played to a sold-out Investors Group Field.

“We’ve always had such a fantastic time playing shows in Canada,” McCartney said in a release.

Other dates on the tour include September 17 in Quebec City, September 20 in Montreal, and September 30 in Edmonton.

“We can’t wait to return in September for what should be another special run of shows. We are looking forward to freshening up our show and playing some of our songs from the new album alongside those songs we know you like to hear. Get ready to rock, Canada!”

Tickets go on sale Friday, July 13 at 10 a.m. through Ticketmaster.