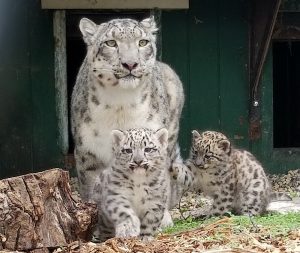 The two male cubs were born at the zoo in May and are typically found in the wild in Asia and Russia.

The zoo holds a snow leopard chat daily at 10:30 a.m. in the Snow Leopard Enclosure, where animal care professionals share information about the cubs and their parents, Batu and Akar, and other interesting facts about the species.