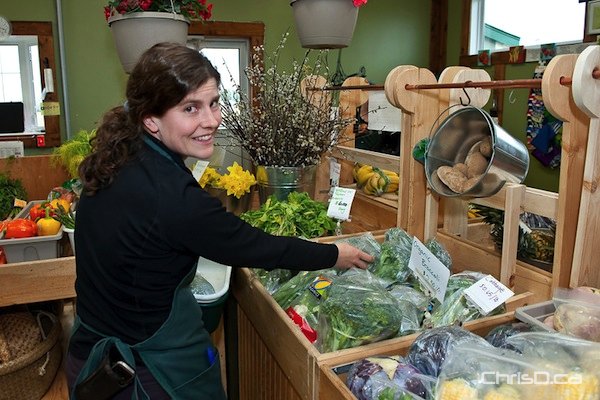 Crampton’s Market is being forced to relocate from its south Winnipeg location beginning next season.

The local market at the southwest corner of Waverley Street and Bishop Grandin Boulevard has leased the land from Manitoba Hydro since 1997, but the Crown corporation has changed its policies and is no longer able to lease the space.

Crampton’s Market is joining forces with T&T Seeds Garden Centre in Headingley on an all-new space that will double its size by May 2019.

T&T Seeds already sells its seeds and farming products to many of Crampton’s farmers and customers.

Current owners, Erin Crampton and husband Marc DeGagne, say the new market will be under the ownership of Jarrett Davidson from T&T Seeds.

“We think that Jarrett’s company is an amazing fit to take our little market into the future,” Crampton’s said in an email.

The new Crampton’s Market will be located at 7724 Roblin Boulevard when it opens next spring.