Home » Columns » Baring (and Sharing) Our SOUL: Conference Spotlights the Best of Winnipeg

Baring (and Sharing) Our SOUL: Conference Spotlights the Best of Winnipeg

By Donovan Toews and Christopher Leach 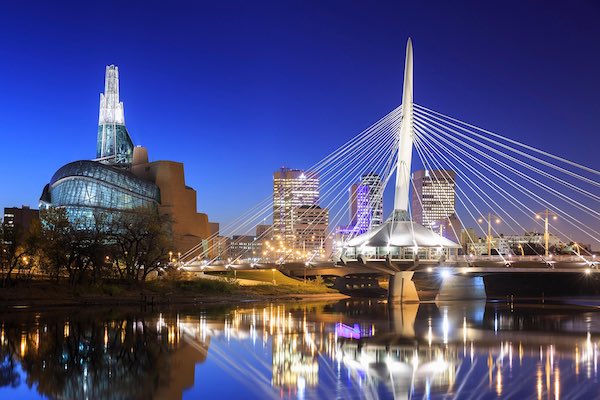 There’s no question about it — the heartbeat of Winnipeg has been thumping loud and clear and full of pride. While the nation watched, tens of thousands of citizens flocked to fill downtown streets to cheer on our own Winnipeg Jets in their hopeful pursuit of the coveted Stanley Cup. Window after window was covered with “Go Jets Go!” made from ‘borrowed’ office paper. Social media exploded with “We are Winnipeg” and Bhangra-dancing Winnipeg Jets fans. What’s undeniably clear: Winnipeg is at its best right now and only getting better. It’s gritty. It’s authentic. It has soul. This prairie soul will be on full display at the upcoming Canadian Institute of Planners conference from July 19-22 as hundreds of planners, engineers, architects, elected officials, and designers from across the country arrive in Winnipeg to tell stories, share ideas and contemplate their respective roles in the field of city-building.

Winnipeg has become a symbol of renewal for our colleagues across Canada and around the world — strikingly clear as the city hosts a handful of planning, design, and architectural conferences. Professionals are intrigued by Winnipeg’s revitalization story and want to see for themselves the renewal at work. As Randy Turner shared in his Winnipeg Free Press cover story (May 16, 2018 –“All eyes on Winnipeg”): Jets captain Blake Wheeler told reporters many of the team’s players “fly under the radar.” He cites Jason Tait — former drummer for Winnipeg band The Weakerthans — as observing “Flying under the radar can really create a fertile [setting] for the artistic community. Those situations tend to bring out more honesty in your work, doing exactly what you’re doing and not following templates of the success of other people. It lends itself to more original creativity.”

As co-chairs of the Canadian Institute of Planners annual conference, we formed a team of planners, engineers, architects, elected officials, and designers to craft a diverse, world-class program for delegates visiting. A lot has changed in Winnipeg since we last hosted this conference a decade ago in 2008! With the conference theme of “SOUL,” key planning elements that have helped shape Winnipeg and rural communities will be on full display.

Why is Winnipeg a place that people return to, a place that people love, and sometimes a place that people love to hate? Perhaps it’s the idea that a place can be imperfect, that a place can be a little gritty, and in being so, it can be authentic, easy going, creative, and a lot of fun! It’s an explanation that offers an answer to the oft-asked question — “Why Winnipeg?” This summer during the conference the Historic Exchange District in downtown Winnipeg will be abuzz with street-life — all day and into the night — as Winnipeg plays host to North America’s second-largest Fringe Festival. We’ll gather at the architecturally renowned and spectacular Canadian Museum for Human Rights to kick things off, and we’ll have a street party on Winnipeg’s first ‘Woonerf’! What else have we got? We’ll feature Manitoba music and arts as a backdrop throughout the conference; we’ll offer rural, urban, multi-disciplinary learning that is both contemplative and structured; and our keynote speaker, award-winning journalist Paul Kennedy of CBC Radio show “Ideas,” will share a little bit about his experience of soulful places around the world while we uncover a little bit of the soul within ourselves.

SOUL 2018 will be a conference like none in recent memory — a time for us to share and discover what brings soul to a place, a time to listen to stories from the field, and a time to reflect on the essence of soul in our work. The conference theme purposely seeks to highlight the ideas behind what gives a place soul, and we promise our visitors they will leave with a clear answer to that question! Part of that answer will surely include that the City of Winnipeg has an abundance of SOUL!

We invite Winnipeggers to reflect on what features of the city we should highlight for conference-goers, with the hashtag #SOUL2018. For more information, visit cip-icu.ca/soul_2018.

Donovan Toews and Christopher Leach are long-time city planners and co-chairs of the Canadian Institute of Planners conference in Winnipeg, Manitoba.