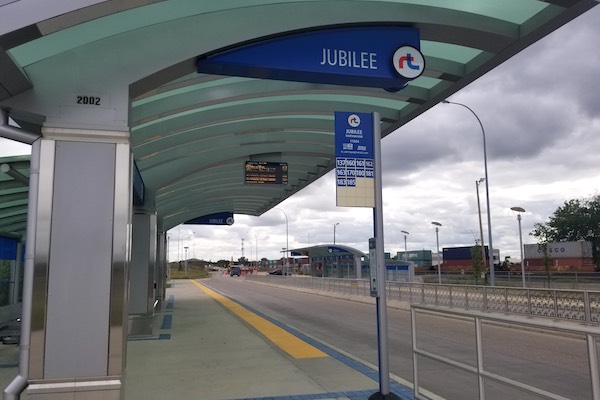 Motkaluk pointed out the Jubilee BRT station was sitting empty at 4:45 p.m. on Tuesday of this week. (HANDOUT)

The business consultant said Friday she would stop ongoing construction of BRT if elected mayor this fall, saying buses are running empty to under-used BRT stations.

“The first step to better transit is a clean break from the mistakes of the past,” Motkaluk said.

Work is ongoing on the southwest transitway to connect riders from downtown to the University of Manitoba.

Motkaluk says she would freeze all BRT work to the point of contract completion.

“While I would prefer to stop all of it, we won’t save any money if we do so.”

The city is currently in discussions with the province to receive a further share of funds promised under the previous NDP government for BRT completion.

Motkaluk says she is all for improving Winnipeg Transit for riders, but not in the form of BRT. The candidate will reveal her plan for improving the service later on in her campaign.