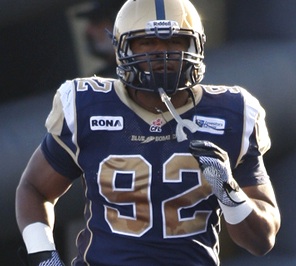 Turner spent five seasons with Winnipeg (2011-2015) and appeared in 71 games with the Blue and Gold. During his time with the Blue Bombers, Turner recorded 26 sacks, five forced fumbles and 75 total tackles. He played in three playoff games for the Bombers, including the 2011 Grey Cup.

“Bryant was a consummate professional both with his work on the field and his involvement in our community, and understood the importance of the organization in our province,” said Bombers GM Kyle Walters.

“We are always honoured when players want to finish their careers with us, and we congratulate Bryant on his accomplishments throughout his entire football career.”