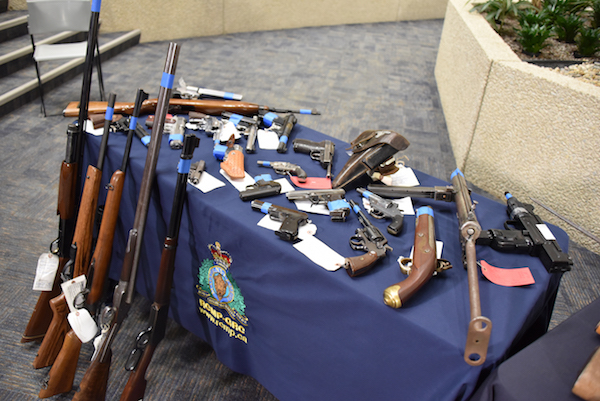 WINNIPEG — Police agencies across Manitoba have collected nearly 700 firearms through an amnesty program this summer.

The Manitoba Association of Chiefs of Police says they also collected more than 22,000 rounds of ammunition, an explosives shell and a cannonball.

Thirteen agencies across the province took part, offering an opportunity for the public to turn in unwanted firearms without the fear of being charged — unless the firearm was used in a crime. The program wrapped up on June 30.

“Manitobans really joined the cause during our Gun Amnesty Program,” said RCMP Commanding Officer and Assistant Commissioner Scott Kolody, president of the Manitoba Association of Chiefs of Police.

“This program was a great success! We exceeded our previous provincial amnesty totals. These are weapons that are now off the street and unable to be used in the offence of any crime or to hurt any citizen.”

The majority of the firearms and ammunition surrendered during the amnesty will be destroyed. A very small number will be retained for historical, educational, or training purposes.