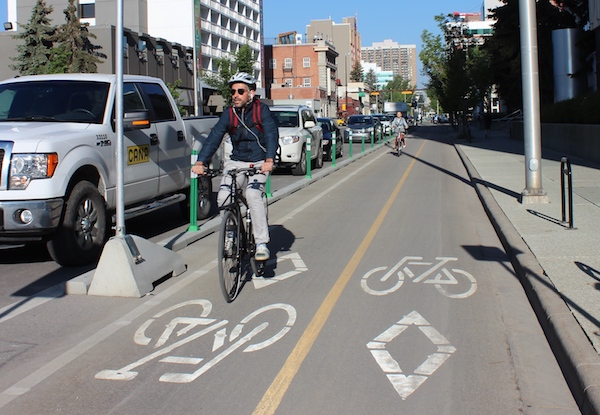 A cyclist rides in an adjustable bike lane. (CITY OF WINNIPEG)

The City of Winnipeg is lauding a pilot project on adjustable bike lane curbs as a success.

The curbs had been in use on some existing routes since last summer, including on Sherbrook Street south of Cumberland Avenue, and on a section of Bannatyne Avenue next to Old Market Square.

The nine-month pilot project was to see if the method would work to create protected bike lanes in the city.

“Using adjustable bike lane curbs will allow us to install protected bike lanes more quickly, and allow us to make adjustments to the design based on public feedback and future adjustments to roadways,” said Councillor Matt Allard, chair of the Standing Policy Committee on Infrastructure Renewal and Public Works.

Feedback provided by the public through an online survey was generally positive, the city says.