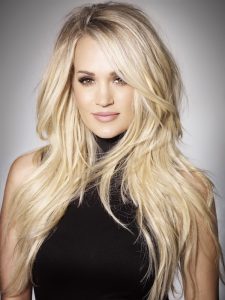 Circle June 2, 2019 on your calendar — that’s when country powerhouse Carrie Underwood will be in Winnipeg.

The singer-songwriter will bring her Cry Pretty Tour 360 to Bell MTS Place featuring an all-female bill of Maddie & Tae and Runaway June.

Along with her new North American tour, Underwood on Wednesday also announced she is expecting her second child with husband Mike Fisher.

Underwood will release her latest album, Cry Pretty, on September 14 before she hosts the CMA Awards in November. Her tour then kicks off on May 1. Tickets go on sale August 17 at 10 a.m. through Ticketmaster.