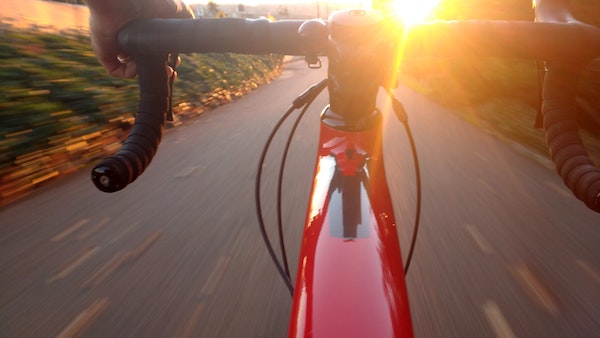 WINNIPEG — Maintaining a safe distance between motorists and cyclists is a top concern for both groups, a new poll commissioned by CAA Manitoba finds.

The study, conducted by Probe Research, found 46 percent of drivers and 70 percent of cyclists put passing safely among their top three concerns.

Drivers said cyclists who don’t obey stop signs was their next concern, while cyclists called out distracted drivers as theirs.

“We know that more separated bike lanes in Winnipeg is the top physical change that would help turn some from a casual cyclist to a regular one,” said Mark Cohoe, executive director of Bike Winnipeg.

“It’s no surprise that when cars and bikes are forced to share one lane, both may feel unsafe. It’s more evidence that a continued focus on building separated lanes is the best plan for Winnipeg.”

The findings are part two of a three-part joint CAA Manitoba and Bike Winnipeg series into bike-car relationships.

Liz Kulyk with CAA Manitoba says a texting driver can also be equally as dangerous for a nearby cyclist.

“Without the protection of two tonnes of metal, it’s no wonder cyclists feel nervous on the road,” Kulyk said, noting texting behind the wheel for five seconds travelling 90 km/h is the same as driving blindfolded for the length of a football field.

CAA says cyclists should wear reflective clothing or accessories and use lights if riding at night.

“By the same token, drivers who don’t turn on their headlights are equally hard to see for a cyclist. These are simple behavioural changes that would make for a more predictable and safe road experience for everyone,” Kulyk added.

The third and final part in the series will look at how Winnipeggers feel elected officials should do to improve road safety for both motorists and cyclists.

The survey sampled 600 Winnipeg adults between June 5-19, 2018. The survey sample size offers 95 percent certainty that results are within plus or minus 4.0 percentage points of what they would be if the entire adult population of Winnipeg had been studied.