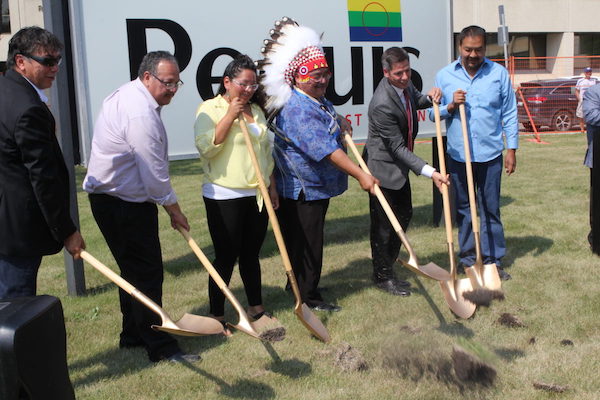 WINNIPEG — Shovels are in the ground on two new urban reserves in Winnipeg and Selkirk.

“Economic development is a key to our success,” said Grand Chief Arlen Dumas.

“These new malls will surely have a positive impact on Peguis citizens, but there will also be a ripple effect to the people and neighbourhoods around these businesses as they will create new jobs and other opportunities.”

Winnipeg is already home to an urban reserve in the Polo Park area with the Petro Canada gas station owned by Long Plain First Nation.

Peguis will set up shop at 1075 Portage Avenue in the city and 620 Manitoba Avenue in Selkirk.

The First Nation is also working to turn Assiniboia Downs into an urban reserve, as it already owns part of the entity. Future plans include an entertainment centre and hotel.