Decline to Be Heard: Jackman-Atkinson 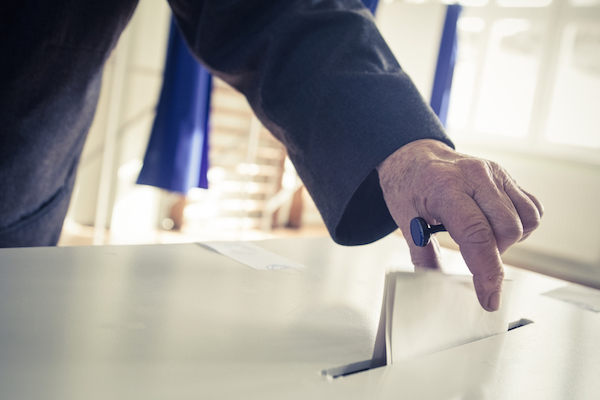 NEEPAWA, Man. — It’s a familiar process. You show up at the polling station, get your ballot and mark an “X” by the candidate you wish to elect. But what if you don’t want to vote for any of them?

We are about to enter the next cycle of elections and as voters head into the voting booths, they have more options than they might think.

Most Manitobans think that if they don’t want to vote for any of the candidates, they have two options: to spoil their ballot or stay home. In Manitoba, there’s a third option, a voter can officially decline their ballot. To decline a ballot, the voter writes “declined” anywhere on the ballot’s front. Declined ballots are different than spoiled ballots, which are considered to be improperly marked. The number of spoiled ballots recorded includes everything from a protest vote of crossing out candidates’ names, to someone who didn’t clearly mark their “X”. A declined ballot is recorded separately and considered a protest vote.

Not all provinces allow declined ballots and the process varies from province to province. In Ontario, declining is a public process, where the voter informs the election official at the polling station. In Manitoba, voters decline ballots in the same way they vote for candidates; take the ballot to the voting booth, write “declined” instead of marking an “X” and put the ballot in the ballot box to be counted once the polls close. This process is allowed in both municipal and provincial elections in Manitoba, but isn’t yet recognized federally. In the 2016 general election, of the 443,861 ballots cast, 4,023 were declined.

Less than 1 per cent of voters declined their ballots in 2016, but I suspect many people don’t know it’s an option. It’s a legitimate way for voters to express their displeasure with all of the candidates available and I wonder if more widespread knowledge would help improve low levels of voter turn out. Over 400,000 people voted in the last provincial election, but that was only 57 per cent of the 772,877 eligible voters. Not liking any of the candidates isn’t reason enough to not participate in the democratic process.

The knowledge that a voter can officially take part in an election, while not actually endorsing a particular candidate, is good to know as voters prepare for this fall’s municipal election and the 2020 provincial election. But, while I think being able to decline a ballot is an important part of our democratic rights, it’s not the most productive.

At this point, with time to go, people who don’t feel well represented by the existing options have the opportunity to get involved. The most obvious way is to become a candidate. In municipal elections in particular, candidates have a good chance of being elected. This May, CBC News released an analysis of the 2014 Manitoba elections and found that 37 per cent of all members of council ran uncontested and 13 municipalities had councils that were entirely acclaimed. If you don’t agree with what’s going on in your municipality, by stepping forward, you have a front row seat to actually push for change.

If stepping forward as a candidate isn’t feasible, at the provincial level, there are opportunities to get involved in one of the province’s political parties. Six parties ran candidates in the last provincial election and all accept new members. Becoming a member allows an individual to help shape official party policy, which could, in turn, become government policy.

By all means, exercise your democratic right by declining your ballot, but keep an eye on the end game. The government should work for the people, but that can only happen if constituents step up and make their needs heard.