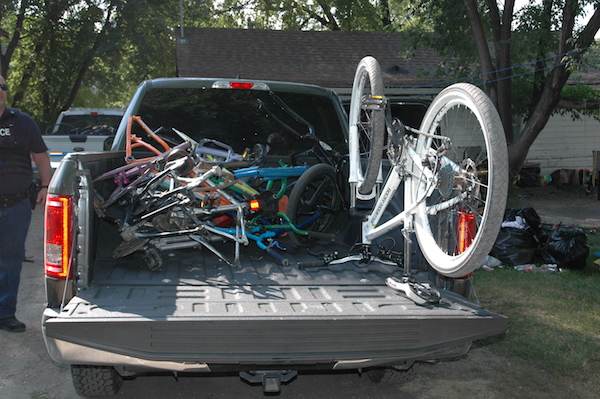 More than 15 stolen bicycles were discovered at a home in Portage la Prairie on Thursday, August 16, 2018. (RCMP HANDOUT) 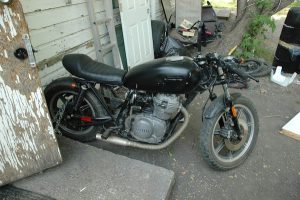 A traffic stop in Portage la Prairie early Thursday led RCMP to come across a number of drugs, weapons and more than 15 bicycles.

Officers then turned their attention to a house on the same street, where they found an extensive list of stolen property, including a motorcycle, various electronics, other weapons and more drug-related paraphernalia.